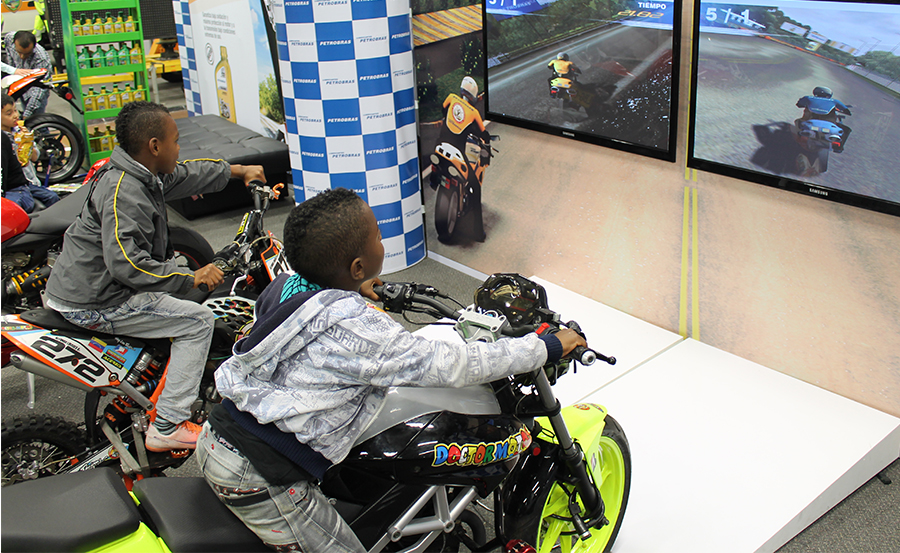 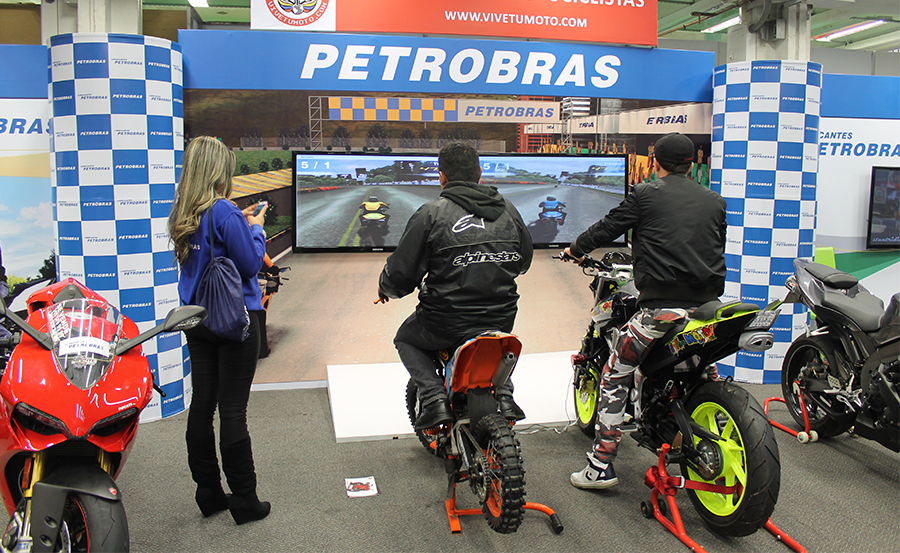 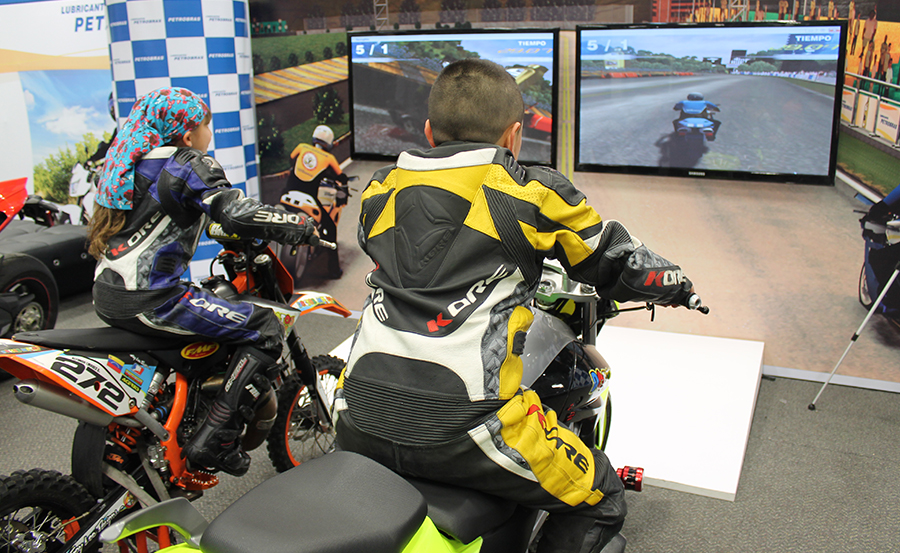 Interactive game, developed in Unity and Arduino. These video game was designed as a simulation of a motocross racing scenario, where users can play sitting down in the real motorcycle, which was hacked with Arduino.
In this game two people compete among themselves, to finish the first place on the race using the handlebar, brakes and accelerator of the motorcycle.