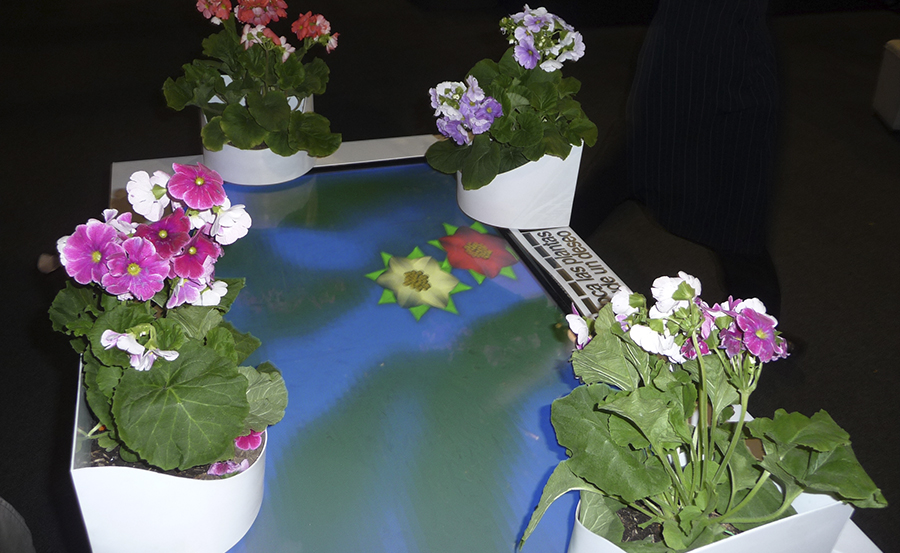 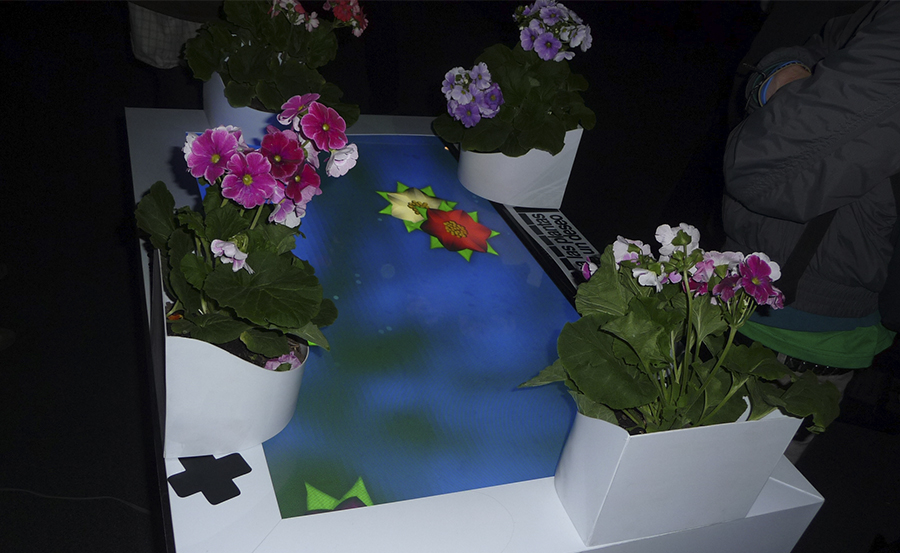 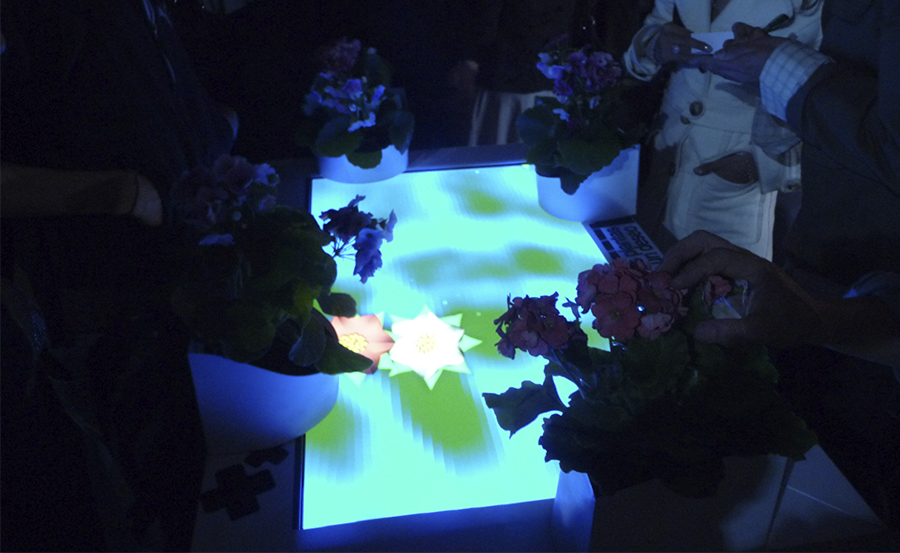 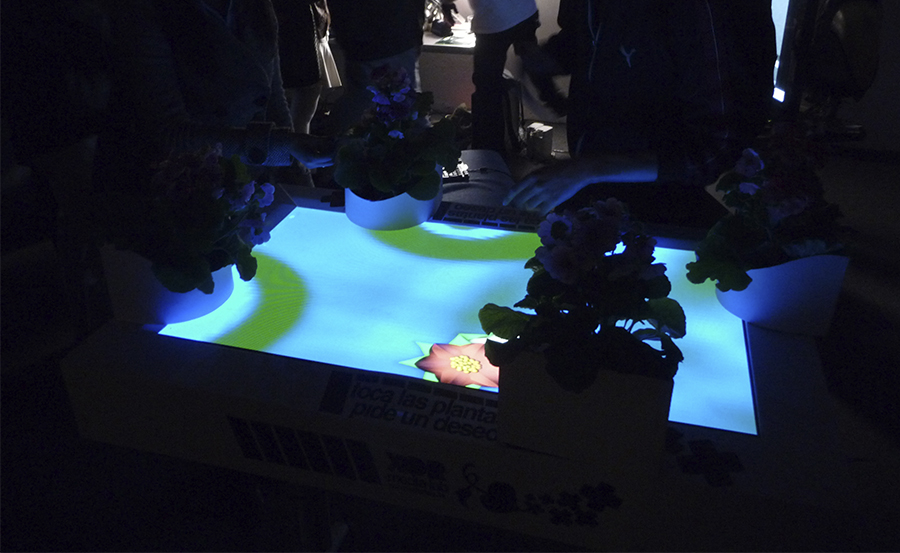 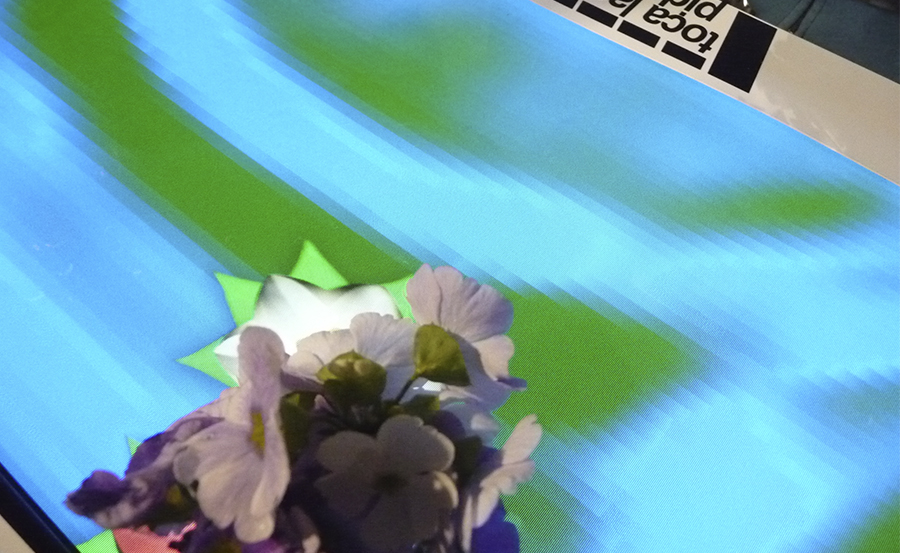 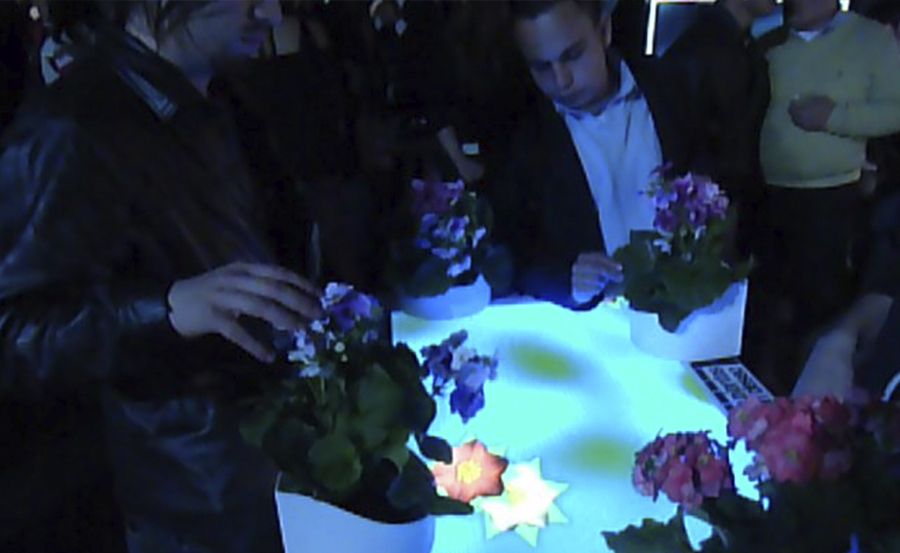 Interactive installation developed in Processing and Arduino using capacitive media for the interaction between plants and people.
This work is the result of observing interfaces which allow human beings to manipulate electronic media. More specifically, it comes from the lack of sensitivity they have towards humans and from the appalling isolation between this kind of media and nature.
Every living being is a transmitter, a receptor and an energy converter. Electromagnetic energy is something that we cannot see but, depending on our mood, feelings and even fitness, we can generate at different intensities. There are species in nature (such as plants) that are capable of perceiving, encoding and even transmitting this energy.
Our piece of art consequently becomes the means for us to see and hear in real time the energy that human beings can pass on to nature and, as result, an instrument to create sound and visual art out of things we do not often appreciate or take into account: the power of a caress, getting closer, a touch or a hand shake, and all the energy we emanate through these actions.